The vast majority of ginseng in the world has been sprayed with chemicals, especially fungicides. Some ginseng plants are also sprayed with pesticides and herbicides. There is a sacred relationship between the earth, the air and the water for ginseng to grow. To grow “wild” the plants are found traditionally in hardwood forests under a canopy of tall dense deciduous trees. Usually the slope is facing North in rich humus soil and it is surrounded by companion plants. Since it is a root it absorbs the natural minerals from the soil. Research has indicated that it may not be possible to regrow a root in the same exact spot for many years, since it depletes the soil. New research into natural herbal fungicides is being conducted at Eagle Feather Farm.

The ginseng that is cultivated can be farmed in raised beds, like in Wisconsin, or in “woodsgrown” beds like in the mountain and foothill forests of the East Coast of America. What occurs when large numbers of ginseng plants are grown in close proximity is that a fungus appears, every time. As the fungus moves in the beds it creates a circle and in a short period of time destroys the entire bed. A typical bed can have thousands of plants and be worth tens of thousands of dollars. As far as we know the only way to eliminate the fungus is to spray the plants. The fungicide, pesticide or herbicide is then absorbed into the root. It is not known if the chemicals are toxic.

The two types of ginseng are different in the following ways: the wild organic root is knarled, ringed with wrinkles, small, light weight and has a bitter woodsy taste. The cultivated root is larger, heavier, smoother, tastes sweeter and smells different. The 1994 price on the world market for dried roots were ninety (90) percent more for the wild organic roots. Studies in 1986 show that 94% of the organic wild American Ginseng is purchased by the Chinese in the Pacific Rim. The Orient, mostly from Hong Kong, sells the most chemicalized ginseng back to us for American consumption. This not to say that fungicided ginseng does not have ginsenicides, it does. However it would also include chemicals with possible toxin build up in the body which most people would not want to ingest. Unfortunately, the ginseng industry does not tell you the negative effects of its products.

Learn everything you wanted to know about Ginseng and keep up on the hot political issues regarding foreign imports of this important commodity. 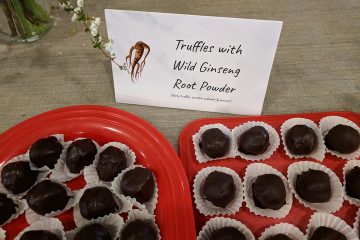 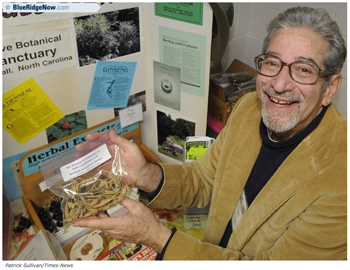