The Ending of America’s Asian Deficit

Ideas to increase employment in the earth-friendly areas, or green jobs.

I hear the President asking for ideas to increase employment in the earth-friendly areas, or green jobs. The President is also establishing The Committee for a Responsible Federal Budget (crfb.org) whose task is to lower America’s deficit while, lowering the unemployment and hopefully increasing green employment.

This is a daunting task to those in Washington, DC, as they work together. There are few policy makers who can see outside the industrial box. The ones with the economic support (inside the box) give corporate advice to our country with a big-corporate favoring influence.

It seems obvious to me that a way to reverse the Chinese deficit is to find something that the Chinese want and need daily. Vast numbers of Asian people from all walks of life want and use ginseng products daily. Many actually prefer wild and wild-simulated American ginseng over cultivated American ginseng. Wild-simulated ginseng as a commodity has the potential of increasing Chinese sales for this uniquely American product. These increased ginseng sales could easily offset our deficit.

The answer lies in America’s Appalachian forests (from Georgia to Maine), and not the corporate pine forests that exist today. American ginseng, a high-priced and desired product, grows naturally on the hardwood-based north-facing slopes, where most other medicinal plants flourish as well. The American ginseng plant was in abundance through much of Appalachian history, and used to be a major American export product. Men like Jacob Astor and Daniel Boone made their fortunes from Panax quinquefolium, ginseng’s Latin name.

Current policy makers might be unaware of this eco-friendly and effectively profitable solution. Also, the corporate lobby doesn’t seem to care about these earth-logical developments, even when there are new profits to be made. No one is pushing an American ginseng agenda. Though the AHPA, American Herbal Products Association, is pushing sustainable harvesting, they don’t seem to include farming in the woods.

There are no American lobbyists who have influenced this ginseng production agenda. One could ask who is benefiting from current policies. It would seem that the ginseng conglomerates in Hong Kong have quietly been involved. These ancient family businesses have been influencing ginseng worldwide to their corporate benefit.

To influence getting the American ginseng to Hong Kong, there are myths created, one indicating that ginseng has no health benefits. This rumor has been with us for hundreds of years and many Americans have believed that ginseng has no value. This myth allows large numbers of roots to be exported each year. That is the front door.

The export trade of American ginseng from North Carolina has felony laws are being broken and not enforced by local law enforcement officials. The myth that poor, church-attending mountain folk are buying Thanksgiving and Christmas food for their table by stealing ginseng is still is believed. This is outlaw mentality with local law enforcement not seeing a crime being committed. These are two myths that help get our ginseng from North Carolina woods to Hong Kong with minimal profit for America.

There is another myth that most Americans can wake up from, which is that all ginsengs are alike. The way ginseng is grown has to be kept a secret. Right now, there is a politically-sensitive use of fungicides on industrial-grown monoculture ginseng. This degrades and pollutes the product and ground water. The forest wild-simulated ginseng doesn’t need fungicidal treatment. If the Marathon County, Wisconsin water system is tested, or the ginseng coming into the United States was tested for fungicidal residue, people would not be so quick to allow this monoculture practice to continue, let alone to use the imported polluted ginseng from Asia.

The Chinese conglomerates have branded ginseng to most Americans indicating that all ginseng are the same, which is not true. Forest-propagated ginseng has greater chances of being more potent and it is not laced with fungicidal residues. These Hong Kong ginseng global business elites have created a unique (and secretive) system to get the world’s ginseng and America’s entire wild ginseng crop at the cheapest price.

Wild-simulating helps re-propagate the species (in an eco-powerful way), it gives America a huge boost economically, and it provides an affordable clinically-proven superior product for the users of ginseng. This would also give Americans a true dose of the benefits of forest-grown American ginseng and access to this remarkable health-stimulating super-food. Ginseng farming in the woods does all this, while providing jobs that are green and healthy-employee-friendly.

The CITES Treaty (Convention on International Trade in Endangered Species of Wild Flora and Fauna, cites.org) (ratified by 150 countries), protects flora and fauna worldwide. American ginseng was put on the treaty as one of the first plants in the late 70’s, whereas Asian ginseng was put on the Schedule II of CITES in the late 90’s. It is safe to say that China voted against both of these plant listings. In the 1980’s, 30% of all ginseng exported was wild (W. Scott Persons, American Ginseng – Green Gold). By 1999, 3% exported was wild (according to US Fish and Wildlife Consultants Report, presented at the 2000 Louisville Ginseng Conference). Wild-simulated was not, in 1980, and still isn’t a category (by US Fish and Wildlife). The point being made that the treaty, which each country signed, was to maintain their wild population numbers. We are not living up to our treaty responsibilities.

One of the reasons people are discouraged from trying to produce ginseng, is because of ginseng poaching, prevalent with no real law enforcement. Each year, as the wild crop is depleting, replenishing it takes 6.5 years to replenish with wild-simulated or wild ginseng. The US Fish & Wildlife Service has used regulations to protect exports, but little to resist the thieving. Many agricultural extension agents still have a hard time recommending this cash crop, because of theft.

However, there is still no pro-active propagation surge here in America.

The history of America shows the impediments to maintaining a business growing American ginseng throughout Appalachia are overcome with the awareness of its profitability. We know that organic forest propagation of American ginseng is a natural and profitable match. Our taxes would be best spent in a quest for a superior organic crop with minimal danger to the environment and have green jobs.

May this president and his staff see the importance of creating a viable way to lower the deficit and green work opportunities. 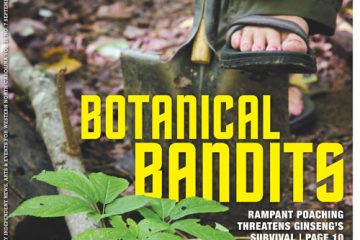 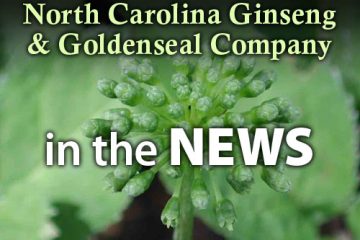 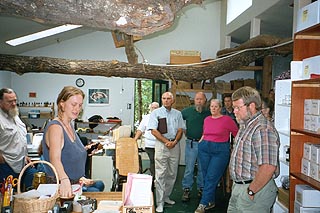